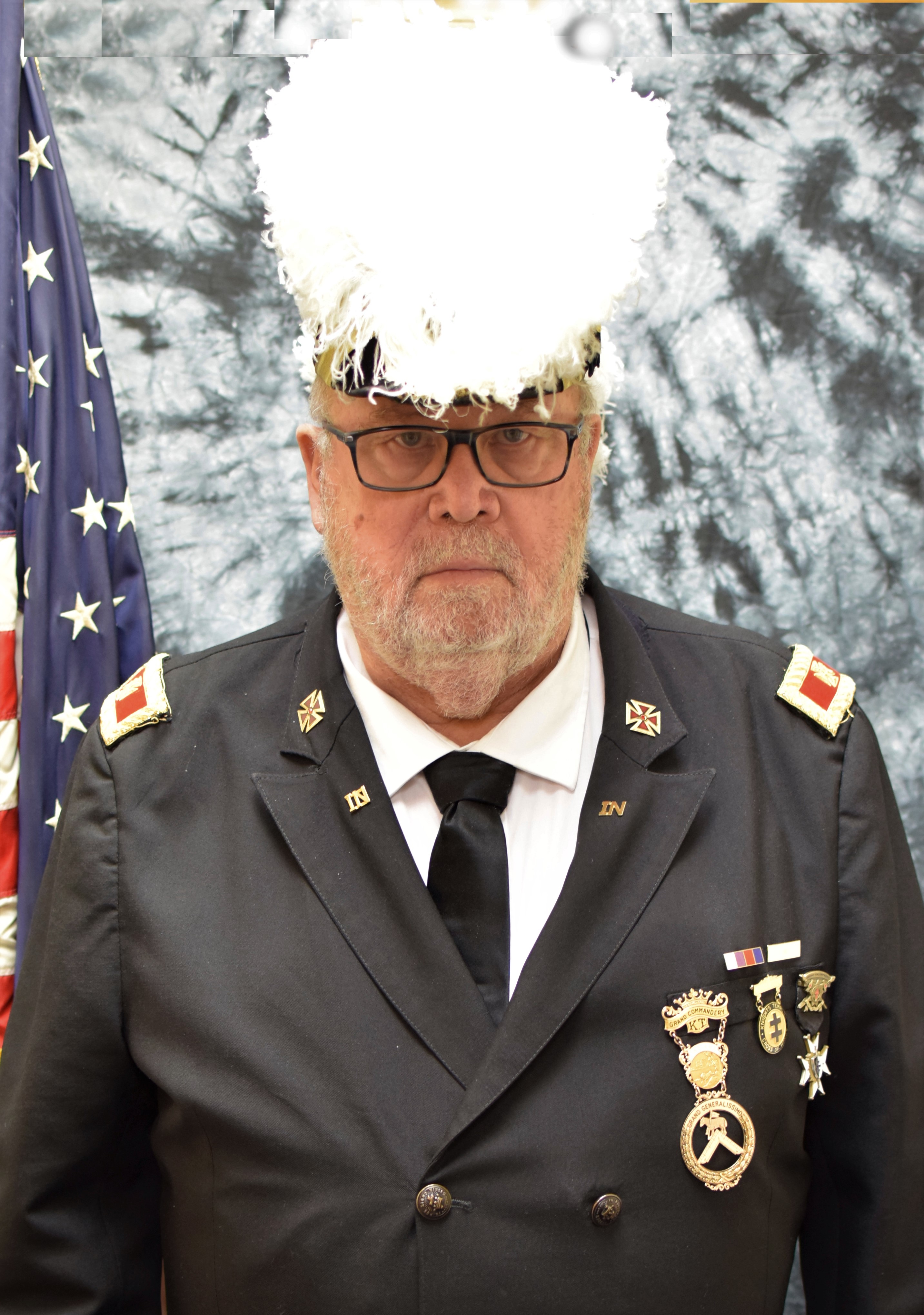 Phillip (Phil) Whisner is an Indianapolis native, where he attended both high school and college. He retired from Allison Transmission where he was a journeyman tinsmith. He is married, with three grown children and five grandchildren. He enjoys attending various activities with the grandkids, attending Colts games with his wife, and golfing whenever he gets the chance. Phil is a member of Southport United Methodist Church, where he is active with a community-based ministry and assists with audio visual during worship services.

Phil was raised as a Master Mason in Wayne Guthrie Lodge #753 in 1986. He is a past Worshipful Master and served as Secretary for almost ten years. Phil was initiated into York Rite in 2001. He as honored to receive the Distinguished Service Award and the Knights Templar Cross of Honor. He has served in various York Rite offices, participated in two drill teams, and now serves as Grand Generalissimo for the Grand Commandery of Indiana.
Phil has been humbled to be invited to become a member of several other great organizations, including Indiana College #55 and Isley York Rite College #129, and Robert Woods Priory, KYCH, where he was honored to receive the Order of Purple Cross. Other Masonic and York Rite bodies that Phil is an active member in are High Twelve International (past president of chapter #122, current 1st vice-president for state High Twelve association), St. Bernard de Clairvaux of Grand Council Allied Masonic Degree, Holy Arch Knight Templar Priests, Red Cross of Constantine St. Basil Conclave, Tall Cedars of Lebanon (past Grand Tall Cedar, and recipient of the national Tall Cedar of the Year award), Royal Order of Scotland, and Sahara Grotto. Phil is a member of Yeoman of York, Indianapolis Preceptory #4, where he is currently Director General and Grand Chaplain of Grand Yeoman of York.